A few issues back, Wired Magazine ran a cover story about all the stuff we don’t know.  It was fascinating.  It reminds me that Justin’s argument about the resurrection still stands up, even in our modern age.  How do we really know what can or can’t happen?  Just because we haven’t witnessed it personally, is that enough evidence to reject a concept?  The Orthodox Religion of Modern Science would say yes.  How dare you believe in something without first offering sacrifices to the spirit of empirical evidence?  To defy their conclusions is to deny their god, thus banishing all people of faith the realm of “hackery”.

I’m with Justin, ” …who’s to say we really understand all of God’s natural order yet?” 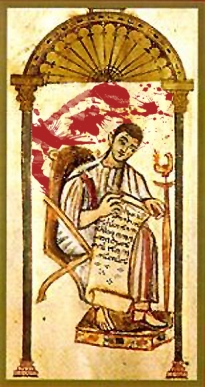 If you didn’t know anything about how human life starts, and someone were to show you a picture of a sperm fertilizing an egg and a picture of a fully formed man, with skeletal structure and intricate muscles and nerves woven under his perfect flesh; if you were told that that large and complicated human form would result from those simple, microscopic shapes, you’d say the person proposing that is nuts.  You’d demand more proof, you’d say you need to observe that in process before you’d believe it.  Yet, though we haven’t observed it happening, no sane man would deny that human life starts that way.

In the same way, you call our belief system incredible simply because you’ve never seen a dead man rise from the dead.  It’s no more incredible to believe that God will cause our dead bodies to come back to life somehow, someday, than it is to say that complex, intelligent, human forms come from microscopic sperm.  Just like seeds are planted in the earth and dissolve, only to grow again in a new form, so we believe that our bodies, though buried, will come back again brand new.

People will argue that there is a natural order of life and death and planting and harvest, and not even God interferes with that.  But who’s to say we really understand all of God’s natural order yet?  Even what we do observe is not fully understood; how simple organisms become complex life forms.  We don’t understand how that works, but we believe it does.  Yet, even if it is impossible with the natural order, we’d rather believe in this possibility than to live so hopelessly like the whole world around us who doesn’t.  Our Master, Jesus Christ said, “All kinds of things are impossible for the natural man, but with God, all things become possible.”  He also said, “Don’t be afraid of those who can only kill your body, and nothing else.  Instead, respect and be loyal to the One who you’ll face after you die, who can throw both your body and your spirit on the garbage heap.”

That garbage heap He referred to, we believe to be a place where those who followed their own will instead of God’s will as He revealed it, will be punished.

Consider how Sibyl and Hystapes said that one day, God would wipe out all material things.  The philosophy of Stoicism proposes that even God Himself will one day burn up into nothing, and a new world will appear in the wake of this cosmic revolution.  We differ from their belief in that we believe that though God created all material things, He’s not susceptible to change or wear.  In quick overview, there are some things we teach that are right in line with what the philosophers and poets teach, and you honor them (though we don’t agree on all things; we believe we have a more fully realized concept of life given to us by divine inspiration).  Though we share much in common with current philosophical schools, and we are ready and waiting to give a full explanation about why we believe what we believe, we have been isolated and illegally targeted for punishment.  Can you give an explanation for this?