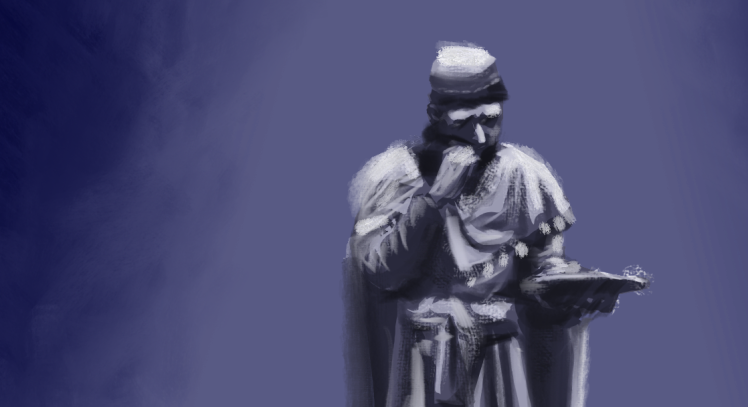 Whoops! I was sort of under the weather and forgot to update Wonderwhat! Sorry about that. This Sunday we’ll be reading a very intriguing story as we continue exploring the Gospel of Mark. We’ll be reading chapter 6:14-29.

The writer of Mark does something noteworthy in this section: he slows down the narrative. He even adds in some thoughts and motives for his characters. I suppose, for the first readers, this was all contemporary news and still scandalous enough to catch their ears. We certainly have no lack of love for political scandals and gossip about the famous in our day, why shouldn’t it be true of them?

This section tells the sordid account of how Herod Antipas executed, without trial or provocation, a religious leader who posed a political threat to him. When you word it like that, it does sound like a contemporary headline.

You’ll notice as you read the text that Jesus is not center stage in this section. Instead we have Harod Antipas, his current wife Herodias, her daughter and John the Baptist. There are a lot of issues being addressed in this story. Abuse of power. The importance of character for leaders. Political machinations. Commodification of women. Lust. Ego. Murder. I’m tellin’ ya’, this section is downright Shakespearean.

As you read the story, put yourself in the position of each of the characters. John was faithful to the cost of his life. Herod was intrigued but unyielding. Protective but controlling. Ultimately, he is backed into a corner where if he were to do the right thing it could cost him his reputation. Little did he know what his reputation would really be.

Track Herod’s interest, but refusal to heed what John had to say. What can we learn about the ramifications of ignoring God’s attempts to shape us? What is the reason given for Herod acquiescing to his step-daughter’s request? What areas of your personal reputation do you spend a lot of time protecting? What if God called you to do something that would diminish that reputation?

It could end up being a convicting study…a challenge towards yielding our hearts to God. Hope to see you then!