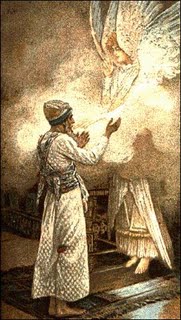 Have you ever had a major disappointment in life?  Have you ever asked God to intervene, only to feel like heaven was shut up and silent?  In the next section we will read, we’ll be introduced to a couple who went through that very thing.  We’ll be looking at Luke 1:5-25 this Sunday.  By the way, you can listen to this passage read HERE.

How did you feel when your prayer didn’t seem to be answered?  Did you feel like you did something wrong.  In our passage, we have an old couple who are described as people who are committed, observant followers of God…yet who suffered what was often considered a sign of God’s curse on their lives.  They were childless.  Not only that, they were advanced in years, meaning, they were past the age of doing anything about being childless.  You wonder how they felt, yet it appears it didn’t cause them to give up their trust in God.

What’s really interesting is that these people are the starting point for Luke’s account.  He frames it in the time of Herod the Great…but then shifts the focus from that impressive, historical leader to these two backwoods people who are the equivalent of an old country pastor and his wife.  People who should be considered insignificant, who can’t even get a prayer answered by God.  It’s with these folks that Luke starts the story of Jesus.  God is just cool like that.

When the angel appears to Zechariah, how does he respond?  Does it change the outcome of what the angel says?  What DOES it change?  Do you relate to Zechariah at all?  What does this passage say to you?

3 thoughts on “Backstory; Birth of John the Baptist”